Because You Can't Take It With You 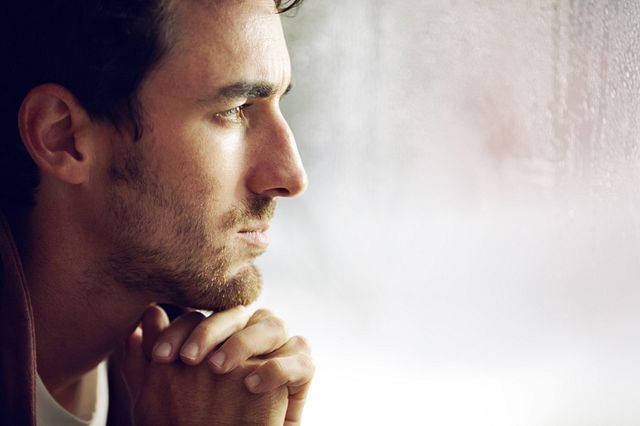 Since antiquity, men have tried desperately to beat the game and achieve some measure of earthly immortality. The Egyptians built pyramids and filled them with material wealth they hoped to take along to the next world. Sorry Pharaoh. Grave robbers reaped the benefit of that miscalculation a few centuries later. A thousand years hence, Spaniards hunted for the "fountain of youth" to reverse the ravages of time. It was a nice thought.

The search continues today. Some of the ways modern man seeks to "live" beyond the grave are as follows:

There are other approaches to the pall that hangs over the entire human race...the nagging specter of death. All of them have a basic flaw, however. They permit only a person's memory to escape the grim reaper. Sooner or later, even those who achieve cultural immortality will die like the rest of us. Like John Brown in the Civil War ballad: "His body lies a'molderin' in the grave."

True eternal life is available from only one source. It is a free gift to those who believe in the Lord Jesus Christ and accept His forgiveness for sin. Only through this Gate can we escape the sting of death and the "victory" of the grave.

"True enough," a critic might reply, "but I'm not trying to accumulate wealth for my own use. My goal is to pass it along to my children and future generations. I want them to have it easier than I did . . . to enjoy a head start that only money can give."

Shirley and I have spent many hours thinking and talking about that objective with reference to our own children. Even it if were possible for us to leave them a large estate, would that be a wise thing to do? I think not. It takes a steady hand to hold a full cup, and many young people have been destroyed by money that burned its way through their lives.

In a sociological study published under the title "Rich Kids," we read the case histories of individuals who inherited large trust funds. The findings were consistent: wealth passed to the second and third generations has typically wreaked havoc in the lives of the recipients. They fought each other to control it. They lost their incentives to work. They lived profligate lives. They shamefully wasted their resources. Some even committed suicide. When the Apostle Paul said "the love of money is the root of all evil," he spoke the truth.

Should it be our desire, then, to inflict this "evil" on our precious children? Not to excess, certainly. It makes sense to help the next generation get started or perhaps to assist with the purchase of their first homes. but it our objective is to generate wealth for those who will not earn it, we are putting our beloved children at high risk for satanic mischief. Likewise, we must not get so busy attempting to give our kids what we didn't have as children that we fail to give them what we did have as kids.

Perhaps it is clear now why I emerged from the mid-life years with some concepts firmly in place. My children (and other people) are the only things I can take to heaven with me. That's why I left the medical school back in 1977 and declined almost all speaking invitations that came my way. It became clear to me that Danae and Ryan were temporary residents in our home...that they would soon be grown and on their own. Parenthood is a short-term affair, and the opportunity to lead and influence them was a "now or never" proposition. Thus, I retooled my professional responsibilities and focused heavily on my own family I've made some bad decisions in my life and a few rather good ones, but this was my most brilliant moment. The empty nest did indeed come quickly, and I thank God I have not squandered my most precious privilege of participating in the lives of my children.