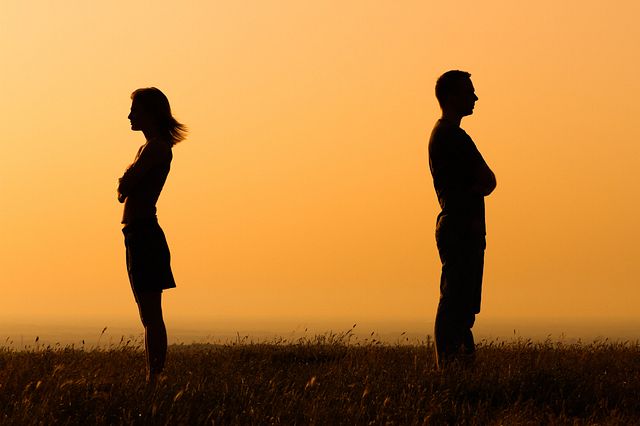 I'm convinced that there is no way any group of Christians picked at random would ever come to unanimity on the subject [of divorce and remarriage].  I'll go further.  I don't believe a bus load of American evangelical theologians would be in unanimous agreement on divorce and remarriage even if they toured the United States an entire summer!  It's a controversial issue, for sure. Therefore, no matter what I may conclude, I am confident some very reliable, competent, and equally sincere people will disagree.  So save your cards and letters!

The question everyone wants answered is this: When is divorce permissible?  Because of limited time and space, I will spare you a lot of verbiage and supportive quotations.  Suffice it to say, I will answer the question with remarriage in mind.  In other words, my answers assume that we are really asking, "Are there any Biblical grounds for remarriage?"

I believe there are.  I have searched the Scriptures, read everything I can get my hands on, and discussed the issue with my wife, my friends, fellow staff, church board members, pastors many theological professors, and other serious students of the Bible.  I have talked with numerous divorced people, single persons, married couples, publishers, authors on the subject, and authorities in the field--both Christian and non-Christian. Here are my conclusions, simplified for the sake of clarity.

I believe the Christian has Biblical grounds for remarriage when the divorce transpired under one of the three situations described as follows:

1.  When the marriage and divorce occurred prior to salvation.

In 2 Corinthians 5:17 we read these words: "Therefore if any man is in Christ, he is a new creature; the old things passed away; behold, new things have come."

I take this literally.  I even take it to the extreme!  I think "new" means "new" . . .so when God promises the believing sinner that he is a "new creature,"then I take that to mean exactly that.  A brand new, fresh creation.  Unlike before.  When God promises the passing away of "old things," it surely includes divorce prior to salvation.  After all, being alienated from God and at enmity with Him, how could any unbeliever possibly know His will regarding the choice of a lifetime mate?  Having thought through this very carefully, I believe it falls within the context of God's superabundant grace to wipe our slate clean when we turn, by faith, to Christ the Lord.

When the marriage and divorce occurred prior to salvation, I believe God grants His "new creation" the freedom to remarry.

2.  When one's mate is guilty of sexual immorality and is unwilling to repent and live faithfully with the marriage partner.

Much has been written on this particular issue, I realize.  I repeat, I have read everything I can get my hands on, so I do not write these words hurried or superficially. I am fully aware of the difficulties connected with determining who is really the guilty party when it comes to sexual promiscuity.  I also acknowledge the subjectivity involved in identifying "sexual immorality."  Such matters must be carefully determined, usually with the help of a qualified counselor who can provide objectivity and wisdom in matters this serious.  Each case must be considered independently.

Nevertheless, we cannot ignore or deny what Christ said in Matthew 19:9:  "And I say to you, whoever divorces his wife, except for immorality, and marries another woman commits adultery."

All sorts of interpretations have been suggested to explain what our Lord was saying.  Frankly, having examined every one of the suggestions and theories (some of them are incredibly forced and complicated), I return to the verse and accept it at face value.

Throughout my Christian life I have operated under a very simply--yet reliable--principle of interpretation:  If the normal sense makes good sense, seek no other sense.  Let's do that here.

When a spouse is guilty of immoral sexual conduct with another person and is unwilling to remain faithful to the innocent partner, the option is there for the faithful mate to divorce and remarry.

Before moving on to the third reason, let me ask you reread that last sentence.  I want to amplify it for a few moments.  Two thoughts need to be emphasized.  First, this is not simply a case of quickie sex on the sly--a one-time-only experience.  This is paranoia.  I take this to mean an immorality that suggests a sustained unwillingness to remain faithful.  I hesitate to use the term lest I be misinterpreted--but I think of the idea of an immoral life style, an obvious determination to practice a promiscuous relationship outside the bonds of marriage.

Second, the faithful mate has the option to leave. . . but such is not mandatory.  I have seen numerous marriages rebuilt rather than ended because the faithful partner had no inner peace pursuing a divorce.  How much better to look for ways to make the marriage work rather than anxiously anticipate evidence that is needed to break off the relationship.  But there are occasions when every attempt has been made to keep the marriage together... but sustained sexual infidelity won't allow it.  It is in such cases our Lord grants freedom from that miserable and unbearable bond.

3.  When one of the mates is an unbeliever and willfully and permanently deserts the believing partner.

You probably don't need to be told that all sorts of suggestions have been made by sincere and qualified students of Scripture to explain what constitutes desertion. . .and to spell out what "not under bondage" really means.  Because I promised to spare you numerous quotations and tedious pages of verbiage, I'll not attempt to represent all the opinions that range from unbelievably conservative to downright crazy (in my opinion!).  But perhaps a word of caution is needed.

When we read of the departure of the unbelieving partner, obviously Paul is not referring to a temporary, quick decision to chuck it all and bail out. . . only to return in a little while.  No, leaving means leaving.  Permanence is definitely in mind.  It implies a determined and willful decision that results in leaving the relationship with no desire to return, no interest in cultivating that home, no plan to bear the responsibilities, and no commitment to the vows once taken.  That's "leaving."  And the one being left has little doubt in such cases.  The marriage is over.  Finished.  Ended.

Book: Love Must Be Tough