If Not Divorce, Then What? 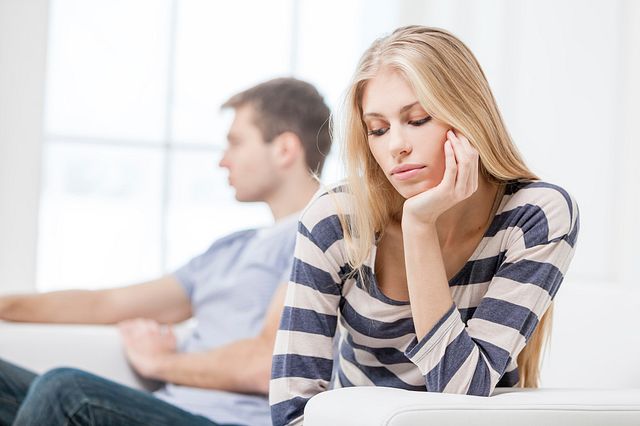 If divorce is not the solution, then what can be said on behalf of the emotionally starved woman? First, it will be helpful for her to recognize the true source of her frustration. Granted, her husband is not meeting her needs, but I doubt it men have ever responded as women preferred. Did the farmer of a hundred years ago come in from the fields and say, "Tell me how it went with the kids today"? No, he was as oblivious to his wife's nature as Fred is of Barbara's. Then why did the farmer's wife survive while Barbara is climbing the walls? The difference between them can be seen in the breakdown in the relationship between women! A century ago, women cooked together, canned together, washed clothes at the creek together, prayed together, went through menopause together, and grew old together. And when a baby was born, aunts and grandmothers and neighbors were there to show the new mother how to diaper and feed and discipline. Great emotional support was provided in this feminine contact. A woman was never really alone.

Alas, the situation is very different today. The extended family has disappeared, depriving the wife of that source of security and fellowship. Her mother lives in Connecticut and her sister in is Texas. Furthermore, American families move every three or four years, preventing any long-term friendships from developing among neighbors. And there's another factor that is seldom admitted: American women tend to be economically competitive and suspicious of one another.

Many would not even consider inviting a group of friends to the house until it was repainted, refurnished, or redecorated. As someone said, "We're working so hard to have beautiful homes and there's nobody in them!" the result is isolation--or should I say insulation—and its first cousin: loneliness.

Depriving a woman of all meaningful emotional support from outside the home puts enormous pressure on the husband-wife relationship. The man then becomes her primary source of conversation, ventilation, fellowship, and love. But she's not his only responsibility. He is faced with great pressure, both internal and external, in his job. His self-esteem hangs on the way he handles his business, and the status of the entire family depends on his success. By the time he gets home at night, he has little left with which to prop up his lonely wife...even if he understands her.

Let me speak plain to the wife of the busy but noncommunicative husband: you cannot depend on this man to satisfy all your needs. You will be continually frustrated by his failure to comply. Instead, you must achieve a network of women friends with whom you can talk, laugh, gripe, dream, and recreate. There are thousands of homemakers around you who have the same needs and experience. They'll be looking for you as you begin your search for them. Get into exercise classes, group hobbies, church activities, Bible studies, bicycle clubs—whatever. But at all costs, resist the temptation to pull into the four walls of a house, sitting on the pity pot and waiting for your man to come home on his white horse.

Many times a man's most irritating characteristic is a by-product of the quality his wife most respects. Perhaps his frugality and stinginess, which she hates, have made him successful in business, which she greatly admires. Or perhaps his attentiveness to his mother's needs, which his wife resents, is another dimension of his devotion to his own family. Or in Fred's case, his cool stability in the face of crisis, which drew Barbara to him, is related to his lack of spontaneity and exuberance during their tranquil days. The point is, God gave your husband the temperament he wears, and you must accept those characteristics that he cannot change. After all, he must do the same for you. "For I have learned, in whatsoever state I am, therewith to be content. I know both how to be abased, and I know how to abound: every where and in all things I am instructed both to be full and to be hungry, both to abound and to suffer need. I can do all things through Christ which strengtheneth me" (Phil. 4:11–13, KJV).