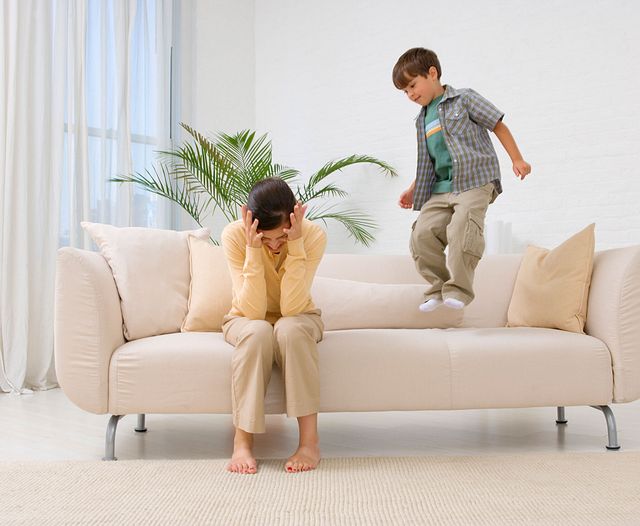 Many years ago when Shirley and I were newly married, she was at home alone late one afternoon. The doorbell rang unexpectedly and my wife went to answer it. Standing there on the porch was a poorly dressed young woman in her late teens. She immediately lumbered into a memorized sales pitch for a variety of household brushes.

Shirley let her talk for a few minutes and then said politely, "I'm really sorry, but we don't need any more brushes. Thank you for coming by."

The girl dropped her head and said, "I know. Nobody else wants them either."

Then big tears welled up in her eyes as she turned to leave.

"My name is Sally," she replied. "I have a little boy, and I'm trying to earn a living for him. But it is so hard."

Shirley invited the young woman to come inside and get better acquainted. Coffee was served, and Sally began to talk. She turned out to be a single mother who had dropped out of high school at sixteen years of age. She had gotten pregnant and was hastily married to an immature boy. He soon abandoned Sally, leaving her with a baby and no visible means of support. Being desperate and having no marketable skills, she had taken the job as a door-to-door brush seller.

When I came home that evening, Shirley told me the story and expressed concern for her new friend. We got in the car and drove to the address Sally had given. She lived in an apartment building on a busy street. We climbed a flight of stairs at the side and knocked on the door. Sally appeared, holding her toddler, Sammy, and invited us to come in. After chatting a while, I asked what they had eaten for dinner. She took me to the kitchen and pointed to an empty can of SpaghettiOs. That was it. I opened the cabinets and the refrigerator. There was no more food in the apartment.

We packed Sally and Sammy in our car and drove to a nearby market. We bought several sacks of groceries and then returned them to their home. During the next few weeks we involved Sally in our church activities, and I helped her get a job at Children's Hospital, where I served on the pediatric staff. Gradually, she got on her feet and later moved out of the Los Angeles area.

It has been many years since I have seen Sally and Sammy, but I've thought of them often. What I remember thinking when I first met them is how incredibly difficult it must be to be poor, lonely, and stressed to the limit by the responsibilities of raising a child—or several of them. I can hardly imagine how very young moms in that situation are able to meet the challenges of everyday living. They have to locate available and safe child-care services, work for eight or more hours every day, pick up the kids, stop by the grocery store, then come home to cook dinner, wash the dishes, change the diapers, help with the homework, bathe the preschoolers, read a story, dry a tear, say a prayer, and tuck the kids in bed. Then, after perhaps sixteen hours of toil and mothering responsibilities, the household chores must be tackled.

Weekends are a blur of activity. Washing, ironing, vacuuming, and project work, such as cleaning the stove, must get done during those "off" hours. And who is there to help when the car won't run and the refrigerator burns out and the roof springs a leak? Finally, a mother must find a way to address her own needs to be loved and cared for and intellectually challenged. She's not a machine, after all. I'll tell you frankly that the task of the single mother, especially those who are young and poor, is the toughest job in the universe, and my greatest respect and admiration are reserved for those who do it superbly. Single fathers deserve our commendation as well, trying desperately to "mother" their needy kids.