Letter to Dr. Dobson From A Gay Man 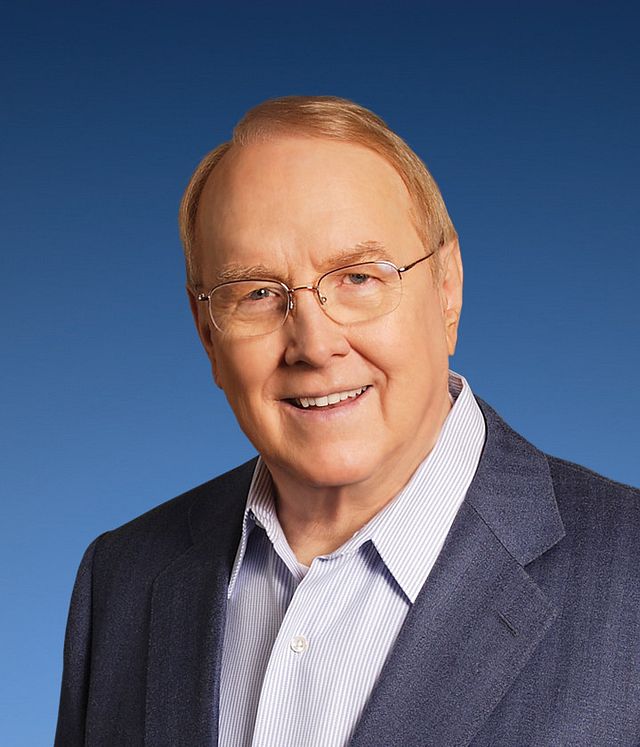 I am gay, and I am writing on behalf of many thousands of gay people in this country who have grown to hate the church because of organizations like yours. First, however, I would like to give youa quick background on myself.

I grew up in the home of a minister. It was a very happy, non dysfunctional environment. I grew up as a Bible-believing Christian, and I always tried to put Christ first in my life and live by His commandments. Most of my childhood was spent where I knew of no other gay people.I loved the Lord, the church, and my family—in that order. I left home and attended college, where Ispent hundreds of hours studying the Bible, theology, and the history of the church. My parents wereproud and thought that everything had turned out perfectly when I graduated. That's when I toldthem I was gay. They were devastated!

You see, from day one of puberty, I was attracted to the same sex. I never changed. Of course, I tried to change because I thought I was the only one in the world like this, and my father preached against it. So from the sixth grade to my junior year in college, I tried everything I could to go straight—counselors, prayer vigils, reading countless books on the evils of homosexuality, and attending Homosexuals Anonymous; nothing worked. The more I tried to change, the more it seemed justnatural for me to be gay.

I decided to come out of the closet. The first person I met in a gay club was the choir director's son at my parents' church! He introduced me to many other gays—students in seminary, Sunday school teachers, church pianists, ushers, and many preachers' sons. There were gay people all throughout the church, but no one really knew because, like me, they were silently living their lives far from the minority of loud activists that you see on the evening news.

In the next few months, I took a course at college in Pauline Epistles, and one of our textbooks had a lengthy chapter regarding what the Bible says and does not say about homosexuals. To oversimplify a complex argument, it concluded that the Bible did not take a definite position on what we knowtoday as committed gay relationships. I am sure you have read some of the discussions, and they are quite sophisticated. Nothing to be dismissed lightly, I'm sure you'll agree— especially when people'slives are at stake.

I write this letter on behalf of my many friends who come from a similar background but hate the church because of organizations like yours. Sprinkled throughout all your programs are derogatory and demeaning references to gay people. You support legislation to take away our rights and spread misleading, inaccurate information. If you are really concerned about winning people to Christ, then look to the gay community. They are ripe for harvest. They would be attentive to a voice thatpreaches hope, forgiveness, acceptance, and sexual morals—as long as you understand we are notperverted in our feelings of love for one another.

Dr. Dobson, I remember watching your first videotape series in my dad's church, and I felt so strong for your message. I still do— basically. My partner and I, as well as thousands of other gay people,just wish you would be more inclusive.

Dear Sir,
More than anything else, I appreciate the respectful and conciliatory attitude you conveyed in broaching an extremely emotional and controversial subject with me. You have made your case sensitively and intelligently. Thank you for that. I honestly believe that if more of us would adopt your approach, we might begin to make some head way in the business of understanding one another!

In response, I want to begin by telling you how strongly I feel about the mandate we have as Christians to love and care for people from all walks of life. Even those with whom we disagree. Even those involved in lifestyles we believe to be immoral. My first reaction to your honest sharing of yourself is a sense of acceptance for you as an individual. I mean that sincerely.

Regardless of what the media may say, Family Talk has no interest in promoting hatred toward homosexuals or any other group of our fellow human beings. We have not supported, and will neversupport, legislation aimed at depriving them of their basic constitutional rights—rights they share with everycitizen. On the contrary, we want to reach out to gay and lesbian people whenever and wherever we can. If I had the time, I could describe for you many situations in which we've done exactly that. It's acommandment we've received from the Lord Jesus.

Beyond that, I have to acknowledge that you and I have a very different understanding of Scripture. It is my firm conviction that sex outside of marriage (whether homosexual or heterosexual) is not permitted by those who call themselves "believers."

Yes, I'm aware that some biblical scholars have conducted elaborate studies to show that Scripture takes no decisive position on the issue. This is neither new nor surprising. Biblical studies have been done to supporta wide variety of unbiblical ideas!

But from our perspective, the truth remains clear. You've obviously been over that ground, and I will not use this reply to belabor the point.

Let me simply say that the same Scriptures that condemn homosexuality and premarital heterosexuality also tell us to accept those who are in violation of these ordinances. Jesus was more compassionate toward the woman caught in the very act of intercourse—a capital offense in those days—than He was toward the hypocrites in the church. This is our model and our mandate.

Whereas we have never attempted to hurt or ridicule the individual homosexual or lesbian, I do find myself in sharp disagreement with the more radical elements of the movement. The effort to redefine the family, qualify for adoption, promote the homosexual lifestyle in the schools, etc., are objectives with which I disagree. And I will oppose them when the issues are raised. Does that make me a hate-monger? I think not.

Concerning the passage of Amendment 2 here in Colorado (which would have prohibited ordinances and legislation creating "special rights" for homosexuals, equating them with those needing civil rights protection), let me explain why we strongly favored that legislation. To understand our position, you must know that many Christians also feel they have been victimized by society's hostility to traditional religious views.

A dear friend of mine, Bob Vernon, former assistant chief of the Los Angeles Police Department, was driven from office because of his faith. No charges were ever brought against him. The pressure was political, resulting solely from his fundamental beliefs. He is but one of thousands of people being discriminated against today because of their Christian beliefs.

How would you and your homosexual companions feel if we, as Christians, began lobbying for special, protected legal status? How would you react if we asserted that we should be given a job and shielded from termination just because we are Christians? I can predict that you would fight such ordinances tooth and nail. Why?

Because when one person wins in these kinds of struggles, someone else (the nonbeliever) loses. Thus, we must be very careful before creating new "minorities" based on behavior or beliefs—as opposed to those who have been discriminated against historically based on their race.

That raises the question: Have homosexuals faced this kind of uphill battle? Perhaps in the past, but there is no evidence of which I'm aware that they are disadvantaged now. The average homosexual earns $55,000 per year, compared with $32,000 for heterosexuals.1

1. Gays also have a much higher percentage of college degrees than the straight population.2

2. And when itcomes to political clout, how can they claim to be shortchanged? Dozens of objectives of the gay and lesbian community are being achieved today.

Look at the issue of funding for AIDS research and treatment. I had a heart attack several years ago, and I am very concerned about support for research on coronary artery disease. After all, heart attacks and strokes kill more people than AIDS, cancer, TB, and several other diseases combined. But as you may know, the federal government spent thirty-nine times as much on AIDS last year as it did on heart disease.3

3. Why? Because of the clout of homosexuals who turned their powerful guns on Congress and the White House.

My point is not to decry money being spent on the horrible AIDS epidemic. I'm simply making the point that the homosexual community is hardly an oppressed, powerless minority seeking protection under the law. You have Hollywood, the press, the media, the universities, the publishers, the professionals (in the American Bar Association, American Medical Association, etc.), and the judiciary enforcing your "politically correct" agenda.

Conservative Christians, by contrast, are stranded pretty much on their own. Given this undergirding, I hope you can see that our opposition to the gay and lesbian tidal wave is not an expression of hate but oneof social justice and common sense.

One more thought about expressions of hatred. The question is: Who is endeavoring to hurt whom? Have we brought caskets to your front door? Have we thrown bricks through your windows? Have we left bloody animal parts on your property? Have we spread untrue rumors about your activities and motives? Have we spray-painted your buildings or made bomb threats at your offices?

No, but all of these hostilities have been inflicted on us by the homosexual community and its supporters in Colorado Springs. Nevertheless, we have not returned evil for evil, nor do we intend to do so. Thus, the charge that we are hateful is simply not rooted in fact.

I hope this clarifies my position for you. Again, I'm grateful that you cared enough to write, and I want you to know that we're here for you if you need us. God bless you.