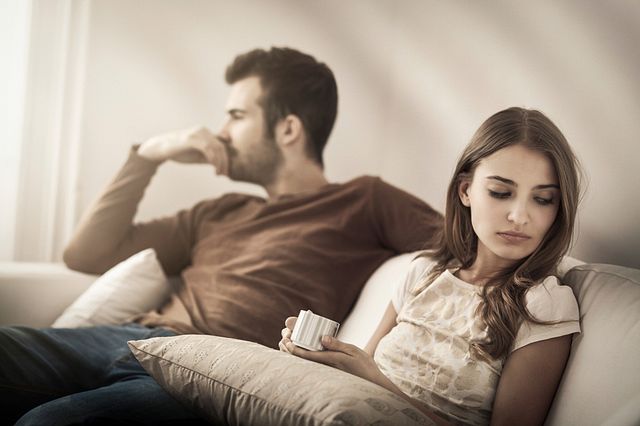 It is true, of course, that the society in which we live actively mitigates against marital stability.  There are dangers on all sides, and we must defend ourselves with all our energies.  In fact, I think it would be healthy at this point to name the great marriage killers.  Any one of the following evils can rip your relationship to shreds if given a place in your lives.  We have touched on some of these items, but perhaps it would be helpful to list them all and provide a comment for a few:

1.  Overcommitment and physical exhaustion.  Beware of this danger. It is especially insidious for young couples who are trying to get started in a profession or in school.  Do not try to go to college, work full-time, have a baby, manage a toddler, fix up a house and start a business at the same time.  It sounds ridiculous, but many young couples do just that and are then surprised when their marriage falls apart.  Why wouldn't it?  The only time they see each other is when they are worn out!  It is especially dangerous to have the husband vastly overcommitted and the wife staying home with a preschooler.  Her profound loneliness builds discontent and depression, and we all know where that leads.  You must reserve time for one another if you want to keep your love alive.

2.  Excessive credit and conflict over how money will be spent.  We've said it before: Pay cash for consumable items or don't buy.  Don't spend more for a house or car than you can afford, leaving too few resources for dating, short trips, baby-sitters, and so on. Allocate your funds with the wisdom of Solomon.

3.  Selfishness.  There are two kinds of people in the world, the givers and the takers.  A marriage between two givers can be a beautiful thing.  Friction is the order of the day, however, for a giver and a taker.  But two takers can claw each other to pieces within a period of six weeks.  In short, selfishness will devastate a marriage every time.

4.  Interference from in-laws.  If either the husband or wife has not been fully emancipated from their parents, it is best not to live near them.  Autonomy is  difficult for some mothers (and fathers) to grant, and close proximity is built for trouble.

5.  Unrealistic expectations.  Some couples come into marriage anticipating rose-covered cottages, walks down primrose lanes, and uninterrupted joy.  Counselor Jean Lush believes, and I agree, that this romantic illusion is particularly characteristic of American women who expect more from their husbands than they are capable of delivering.  The consequent disappointment is an emotional trap.  Bring your expectations in line with reality.

6.  Space invaders.  This killer will be difficult to describe or understand in such a brief context, but I'll try.  By space invaders, I am not referring to aliens from Mars.  Rather, my concern is for those who violate the breathing room needed by their partners, quickly suffocating them and destroying the attraction between them.  Jealousy is one way this phenomenon manifests itself.  Another is low self-esteem which leads the insecure spouse to trample the territory of the other.  Love must be free and it must be confident.  (If more information is needed, read my earlier book, Love Must Be Tough.)

7.  Alcohol or substance abuse.  These are killers, not only of marriages but of people.  Avoid them like the plague.

8.  Pornography, gambling, and other addictions.  It should be obvious to everyone that the human personality is flawed.  It has a tendency to get hooked on destructive behaviors, especially early in life.  During an introductory stage, people think they can play with enticements such as pornography or gambling and not get hurt.  Indeed, many do walk away unaffected.  For some, however, there is a weakness and a vulnerability that is unknown until too late.  Then they become addicted to something that tears at the fabric of the family.  This warning may seem foolish and even prudish to my readers, but I've made a twenty-year study of those who wreck their lives.  Their problems often begin in experimentation with a known evil and ultimately ends in death-or the death of a marriage.

Personally, I've not permitted myself to even taste certain vices, knowing that I can never become addicted to something if it is not granted a toehold in my life.  For example, Shirley and I have gone to Las Vegas without ever putting a nickel in a slot machine, even though two rolls of coins were provided with hotel reservations.  I refused to use them for the same reason the hotel manager gave them to me.  He knew if he could open the door to insignificant gambling I might walk through it.  But I wouldn't play his game.  Likewise, Shirley and I are teetotalers when it comes to alcohol.  I know many people enjoy wine with their meals—and that is entirely their business.  But neither we nor our children will ever have a problem with alcohol if we take an absolutist position in reference to it.  Obviously, I am not in a position to recommend that everyone do as we have done, but there would be fewer divorces if others did.

As a member of the Attorney General's Commission on Pornography, I listened to testimony by those who thought they could jazz up their sex lives with obscene materials.  They discovered that the stuff they were watching quickly began to seem tame and even boring.  That led them to seek racier, more explicit depictions.  And then they journeyed unexpectedly down the road toward harder and more offensive materials.  For some, not all, it became an obsession that filled their world with perversion and sickness.  They lusted after sex with animals, molestation of children, urinating and defecation, sadomasochism, mutilation of the genitals, and incest. And how did it happen?  The door was quietly opened and a monster came charging out.  My point is this: The restrictions and commandments of Scriptures were designed to protect us from evil. Though it is difficult to believe when we are young, "The wages of sin is death" (Romans 6:23).  If we keep our lives clean and do not permit ourselves to toy with evil, the addictions which have ravaged humanity can never touch us.  It's a very old-fashioned idea.  I still believe in it.

10.  Business failure.  It does bad things to men, especially.  Their agitation over financial reverses sometimes sublimates to anger within the family.

11.  Business success.  It is almost as risky to succeed wildly as it is to fail miserably in business.  The writer of Proverbs said, "Give me neither poverty nor riches, but give me only my daily bread" (30:8).  Edward Fitzgerald said it another way: "One of the saddest pages kept by the recording angel is the record of souls that have been damned by success."  It's true.  Those who profit handsomely sometimes become drunk with power and the lust for more! Wives and children are forgotten in the process.

Book: Love for a Lifetime