The Twelve Stages of Intimacy: Stages 1-6 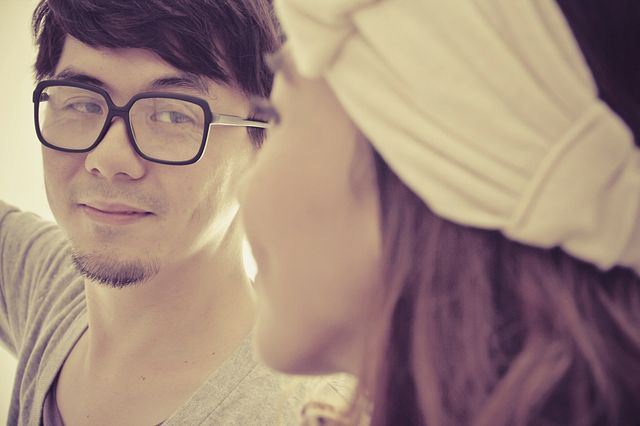 Studies have shown that only 10 percent of couples ever experience true intimacy in their relationship.  Others may remain together for the sake of the children or from a sense of duty or because they genuinely care about each other.  But they never achieve the companionship and affection they desire and need.

In that kind of imperfect world, let me ask you again about your own future.  How will you secure the prize of intimacy in marriage?  What are the keys to a deeply committed and satisfying relationship?  How will you go the distance when others within your generation are breaking up every day?  Is there a way to improve your prospects for marital happiness?

For the answers, let's review the findings of Dr. Morris.  He said the quality of the bond made during courtship is the key to successful marriages.  Then he explained how that cementing process occurs.  Dr. Morris believes, and I strongly agree, that couples are most likely to bond securely when they have not rushed the dating experience.  Time is the critical ingredient.

That reminds me of my efforts to build model airplanes when I was a boy.  In those days, one could buy inexpensive kits that included a sheet of balsa wood on which the parts of the model had been stamped.  It was a big chore to cut them with an Exacto knife and then glue all the pieces together.  Once that was finished, tissue paper was pasted to the frame. The final result was a beautiful little plane to hang in your bedroom.  I wanted to build one of those models in the worst way, but I never got it done.  Repeatedly, I bought a kit and began cutting out the pieces.  But I couldn't finish the project because I was too impatient to wait for the glue to dry.  I wouldn't leave the fuselage alone, and it would fall apart in my hands.

That's more or less what Dr. Morris has told us about romantic relationships.  It takes time for the glue to dry.  A proper bond between two people is severely damaged if the process is rushed.  Specifically, he said there are twelve stages of intimacy through which couples should progress if they want to develop a permanent commitment to each other.  These stages begin with the most casual contact and move through categories of increasing familiarity.  Let's look at them individually.

Stage one is called EYE TO BODY.  It is the least intimate of all contacts between two people.  All that has occurred so far is that one person has seen another.  They don't know each other and have no relationship whatsoever.  But every worthwhile venture has to start somewhere.  If there is an attraction between them, they will build on that moment of recognition.

Stage two is called EYE TO EYE.  This refers to the first time they look directly at one another.  An electrochemical spark crackles somewhere in the brain, and a little voice says, "Hey, Dude!  Pay attention!  This could be interesting!"

I remember when that moment first occurred between me and the woman who is now my wife.  Shirley and I were students at the same college although we had never met.  Our paths finally crossed one day while I was eating lunch with some friends.  Suddenly, I saw this girl sitting on the other side of the cafeteria.  Man!  I said to myself.  That girl is pretty.

I kept looking at her, and soon she realized she was being watched.  Shirley glanced at me and smiled seductively.  I smiled back.  I took another bite and then checked to see if she was looking at me.  She was. In a few minutes she looked to see if I was looking at her.  I was.  The charade went on throughout lunchtime.  I don't remember what I ate that day, but it was one of the most exciting meals of the year.

Still, I knew nothing about the coed in the cafeteria.  I couldn't have told you her name or anything about her.  We had not even talked to that point.  Our entire relationship was confined to a series of glances and flirtatious smiles.  Then we went our separate directions.  This encounter is rather typical for two people in the eye-to-eye stage of relationships.  For some, that's the end of the story.  For Shirley and me, it prefaced a lifetime of love and friendship.

Stage three is called VOICE TO VOICE.  It involves the first conversation between two potential romantic partners.  Their words are usually tentative and uncomfortable at that point, involving brilliant questions such as, "What's your name?" and "Isn't this a neat day?"  For Shirley and me, however, the first interchange was a bit more creative.

Shortly after our look-a-thon in the cafeteria, I was standing near the campus tennis courts where I spent much of my time.  Hundreds of students were moving between classes, and among them was this pretty lady I had been admiring.  I saw her coming my way and began thinking about what I would say to her.  She was doing some thinking too.  Remembering that I often wore white tennis shorts, she walked past me and said with a smile, "Hello, Legs!"

The little flirt got my attention, I promise you that!  Anyone who likes my legs can't be all bad.  I was so surprised by her remark, however, that I don't recall saying anything in return.  I certainly thought about it for several days.  That was our first "conversation," consisting of two flirtatious words uttered in stage three, voice to voice.

A week later, another interesting interchange took place.  I saw Shirley standing with a group of friends near her dormitory.  I walked up and engaged her in small talk.  Then I took a nickel out of my pocket and started flipping it in the air.

I said, "I have a remarkable ability that you ought to know about.  I can call the toss of a coin--heads or tails--with unbelievable accuracy.  I never miss."

Shirley took the bait.  "Let me see you do it," she said.

"All right, but it's gonna cost you," I replied. "I will flip this nickel in the air, and I'll bet you a hamburger I can tell you whether it falls heads or tails."

It was what is known as a "sure thing."  If I won, I would get to take Shirley out for a hamburger.  If I lost, she would buy one for me.  I would be the winner either way.  So I tossed the nickel and accurately called it heads.

"Not so fast," replied Shirley. "Let's go double or nothing."

"Fair enough," I said, and tossed the nickel again.  Once more, I called the coin accurately.

"Double or nothing again," she demanded.

Up went the nickel, and unbelievably, I was three for three.  Shirley then owed me four hamburgers.

"We played that ridiculous game for several minutes, during which I never missed a call.  By the time we were finished, Shirley owed me sixty-four hamburgers, and she's been frying them ever since.  That was the beginning of a lifetime of conversation that continues to this day.

Stage four is called HAND TO HAND, and it is slightly more personal and intimate than anything that has gone before.  At this early point, holding the hand of a potential romantic partner can be exciting.  It doesn't represent familiarity or a commitment, but it does indicate that the friendship is progressing.  A person would not approach a total stranger on the street and ask to hold his or her hand.  Why not?  Because that act is reserved for those who have developed at least a certain affection for one another.

You may be too young to remember an enormously popular recording by the rock group known as The Beatles.  It was one of their early sensational hits and was titled, "I Wanna Hold Your Hand."  The entire song focused on the thrill of handholding. One might wonder about The Beatles getting so shook up over something so ordinary.  But anyone who has ever been in love will understand their sentiment very well.

Stage five is called HAND TO SHOULDER, which is slightly more personal than the holding of hands.  It reflects a "buddy" type of relationship where the partners are still side by side rather that facing each other.  At this stage of intimacy, a hand to the shoulder indicates more of a friendship than an expression of commitment.

Stage six is called HAND TO WAIST.  This position is clearly more romantic than any of the prior stages.  Casual friends do not stand and embrace each other in that way.  It is just one more stop along the way to a deeper, more intimate relationship.

Book: Life on the Edge